Growing up, I had one of the worst money mindsets you could imagine.

I grew up in a single parent household always scraping by. I remember digging for change in our couch hoping to find a few extra dollars. I was always afraid to ask for raises because I thought I would get fired just for asking. I would work job after job in retail, and hospitality making minimum wage.

Now I run a million dollar coaching business and my mindset around money has made enormous leaps and bounds.

Let me make this clear: I started earning more not because I was working harder, but because I improved my mindset and how I feel and think about money.

Making more money has very little to do with hard work, and actually has so much more to do with your energy. 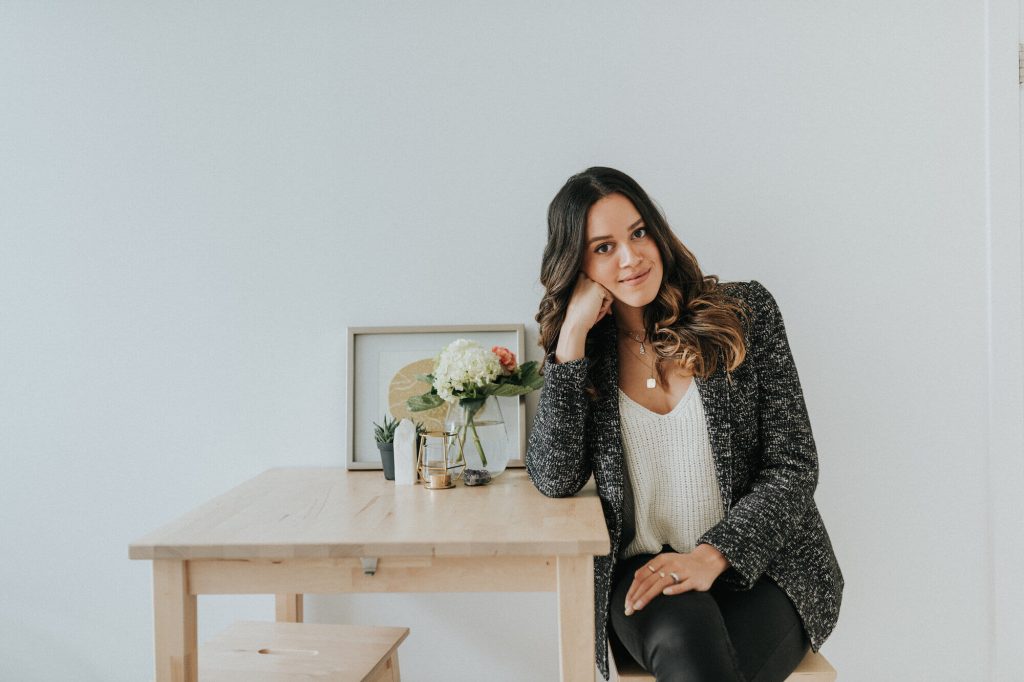 How to improve your money mindset

Say YES to what you want for money

The first thing that helped me change my money mindset was giving myself permission to want more!

Think about it, as women we are programmed left, right, and centre to play small!

In TV shows, the woman who knows what she wants is labeled the b*txh.

The rich people are always seen as snobs.

And the sales people are always scuzzy.

When you watch a TV show the flash rate of your TV screen actually puts you into a state of hypnosis…. and from there, anything that you see on a screen hypnotizes and programs you to think a certain way (that’s why they call the show’s programs)

And so for the longest time, I held onto the belief that if I had money people would hate me, and so it was much easier to not ask for more. 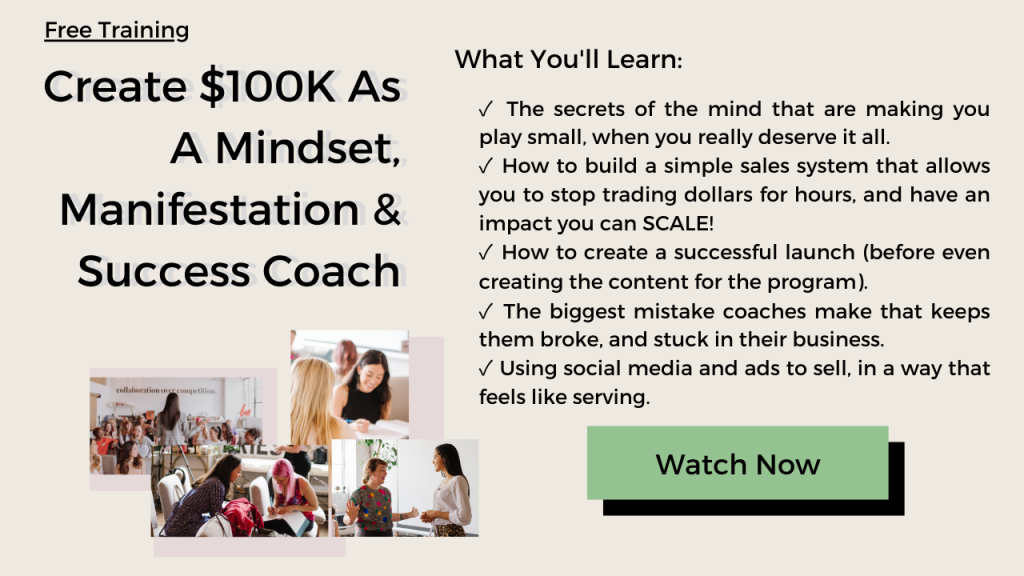 Making the decision to say ‘Yes, I want more and I demand more!’ was the first step on my path to creating financial abundance.

If you haven’t stopped to think about what you really want, do it right now. That’s the internal compass that will lead you to the guidance, and the path you’re meant to be on! 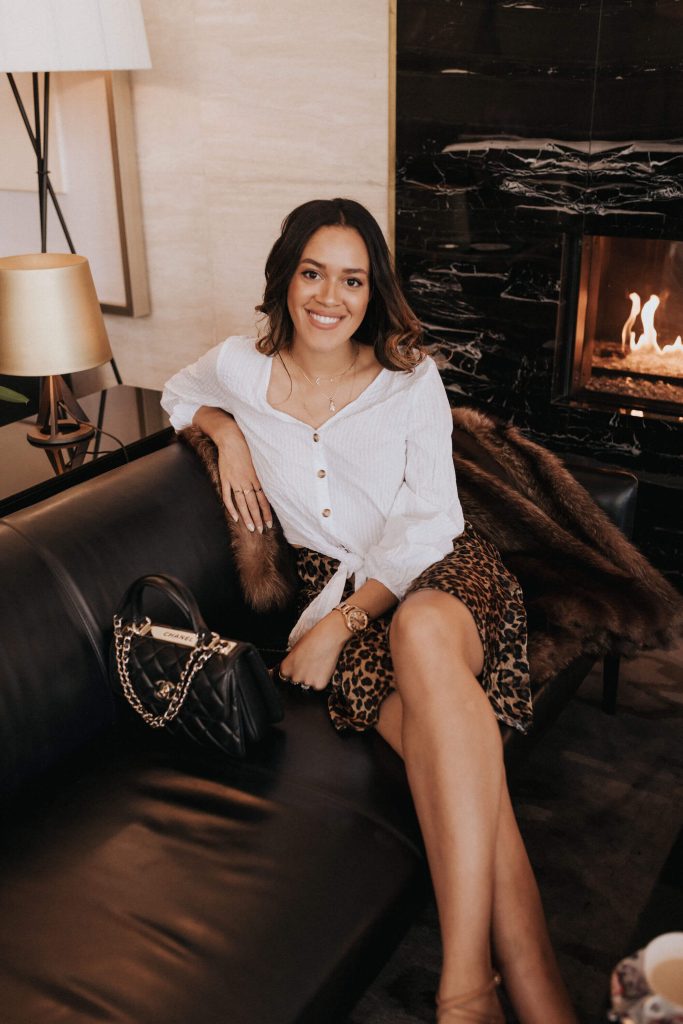 Learning the Laws of the Universe

Creating what you want is all about belief. But forever, I never believed I could have what I wanted!

I remember seeing public speakers saying “You can have anything you want!” And I would say “Psh, easy for you to say… you don’t know what I’ve been through and you don’t know where I’m stuck”

What I needed was PROOF

And learning the universal laws was the proof I needed.

There are laws in our universe: for example, the law of gravity.

We know if we pick something up and let it go… it’s going to land on the ground.

I learned that there were other laws that were JUST as promising and just as dependable, and they run everything around us- from how we integrate into the world, to relationships and especially money!

When I realized there were LAWS I could work with, it meant that if I worked with these laws my success would become inevitable.

I practiced working with these laws of the universe in everything I did and I saw so much good begin to come my way from every unexpected source you can imagine.

If you want to predict the future of your money and abundance, and trust it will come to you, start really learning, and implementing this work with the universal laws, and you’ll see that your success becomes inevitable. 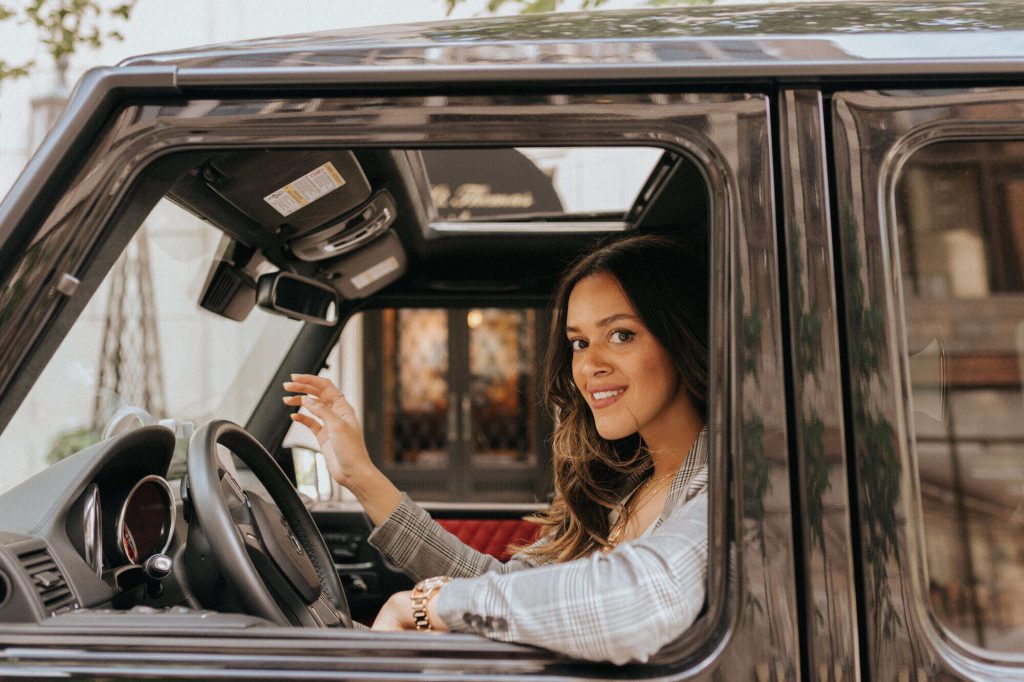 The Law of Compensation

The law of compensation is one of the universal laws that’s ALWAYS working.

When I learned it, it was a major key to help skyrocket my business.

The law of compensation states that you will always be paid in direct proportion to:

By understanding that if I could increase these things, I could make the money I wanted and more, I started to apply it to my own life!

Get Clear On Your Money Story

One of the things that helped me by leaps and bounds for my money mindset was getting clear on my money story.

Your money story is what you tell yourself, over and over again about your ability to:

The story you tell yourself becomes your reality.

And when you change that story, you can change your entire life when it comes to money.

Your money story was passed down from programs from your parent’s reality around money, what you saw in your environment, in the media, and in school (and anything else that surrounded you as you grew up)

Here are some questions to help you discover your money story: 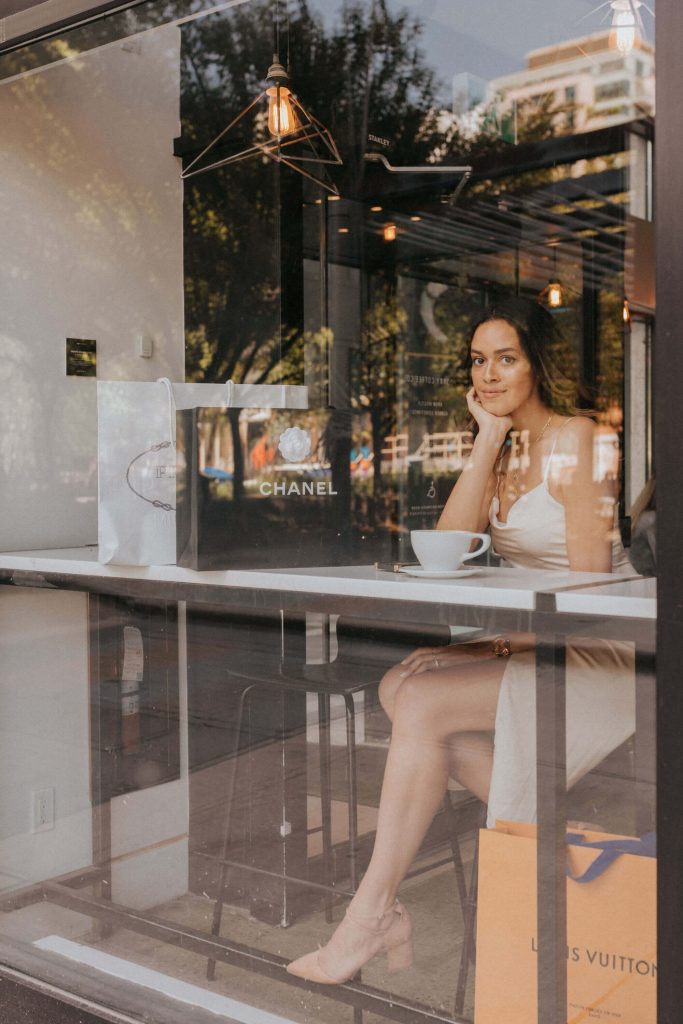 When I asked myself this question I determined so many limitations I was holding on myself around money.

And because this was my story, that was playing on repeat in my mind, it became my reality.

But the beautiful thing is, you have the power to change your story.

Let today be the day you change your Money Story.

How to Rewrite Your Money Story

A huge step in making more money was changing what I was constantly telling myself around money.

When I changed my story around money

Think about the following things:

Take those lines you have written out, and turn them into your new affirmations. You can also hire a YES SUPPLY METHOD coach for a Single Coaching Session to have a hypnosis session to lock in new money beliefs that you want to have that will affirm the life you want to have: https://www.yessupply.co/single-session-shifts/

Keep repeating these new affirmations to yourself over and over again until they feel real. If there are ever times where contrary beliefs pop up, ask yourself “How are these beliefs making me feel safe inside my comfort zone?”

When you release these limitations around money, you’ll allow yourself into a whole new world that is outside of your comfort zone which might feel uncomfortable at first for you, as it did for me, but soon abundance will become your new reality! 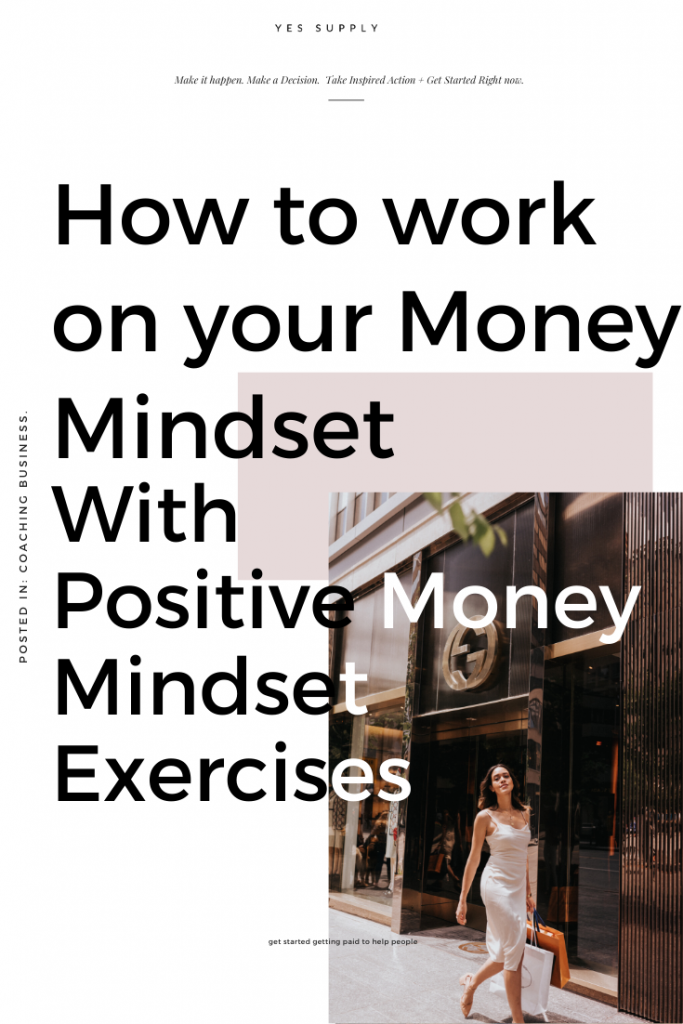 I’d love to hear from you. What affirmations are you going to add to your new money story? Let me know in the comments!

If you’d like to work closely with me on rewriting your money story, then be sure to apply to my Exclusive, Money Mindset Mastermind: Manifest Money, For Good. Learn more here: www.yessupply.co/manifestmoneyforgood 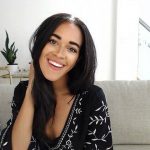 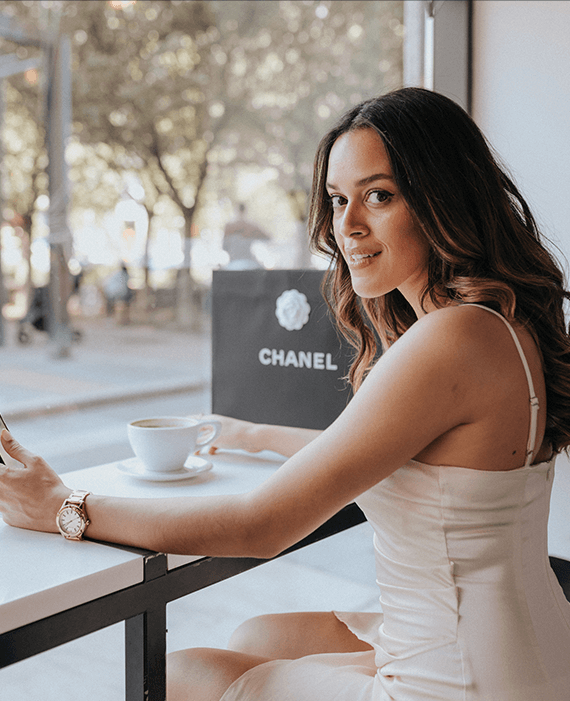 How to Create a Signature Coaching Program 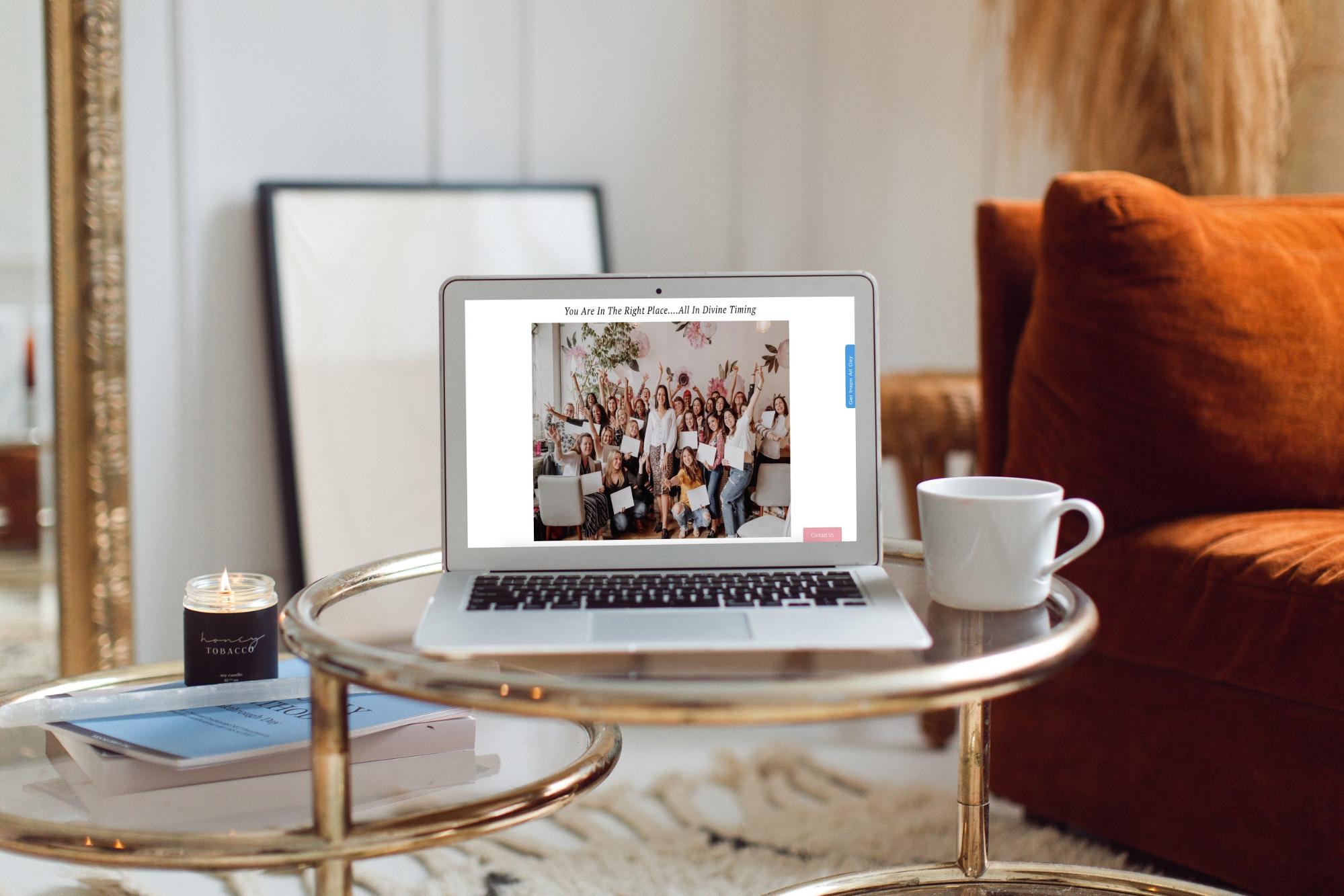 Coaches, do you have a signature coaching program? If you’re Read more

How to Run a Mindset Coaching Session 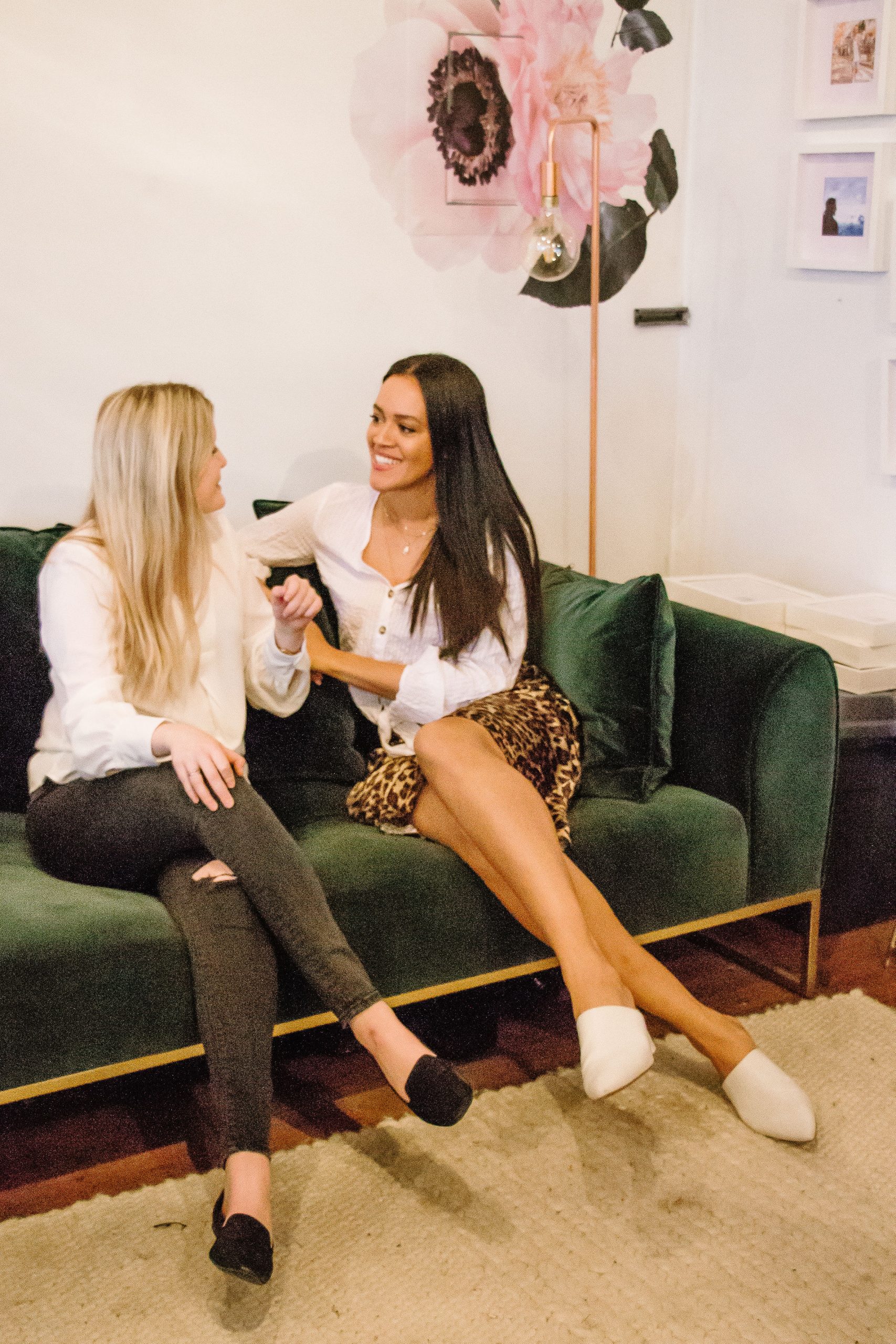 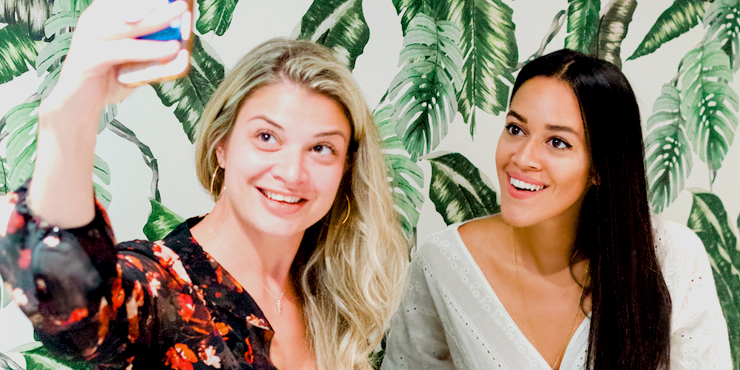 Want to use Instagram to grow your mindset coaching business? Read more

How to Stand Out as a Mindset Coach

Wondering how to stand out as a mindset coach? Whether Read more

Six Ways To Have A Positive Mindset 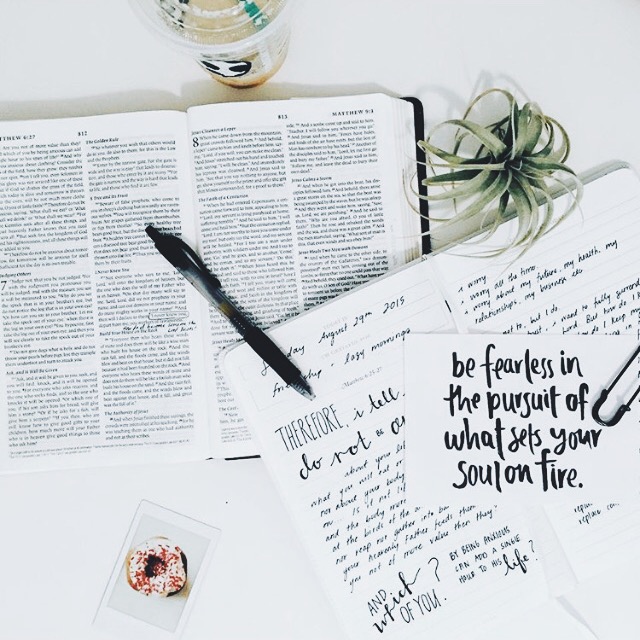 In my point of view, having a positive mindset is Read more 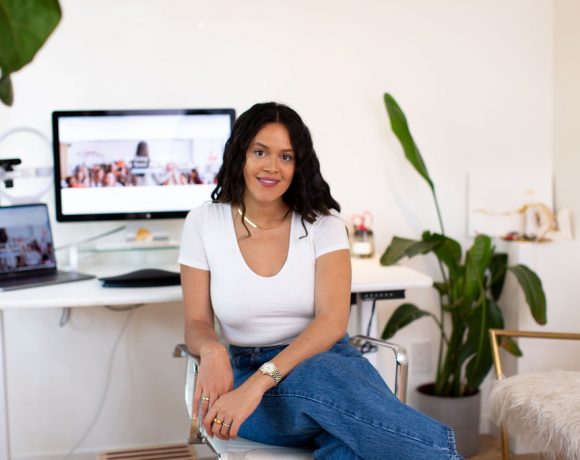 How to Write Your Coaching Sales Page 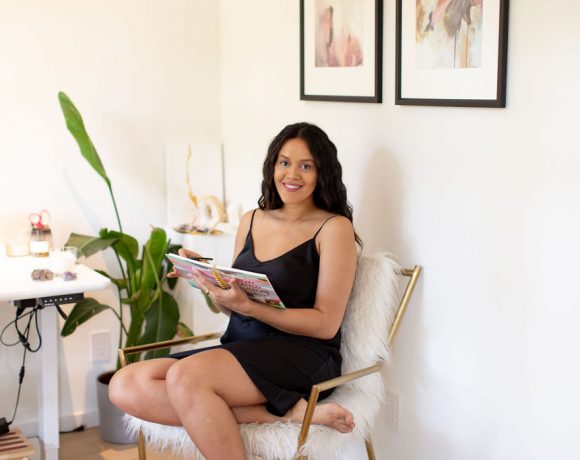 How to Stop Self-Sabotaging 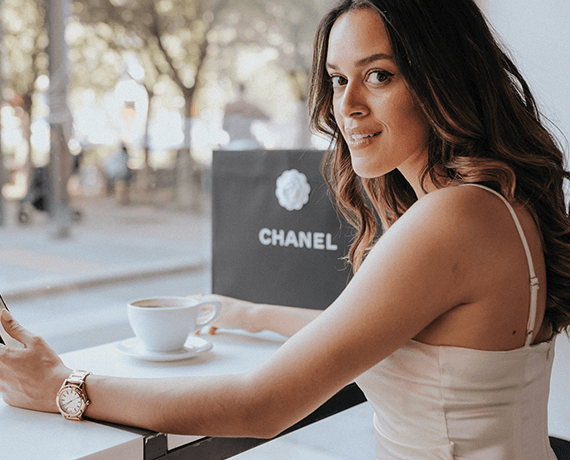