In our series of inspirational interviews, we talk to people who have climbed through struggles and obstacles to reach distinction in their industries.

If you have ever wondered how to climb the ranks to be a successful photographer, or how to start your own kick-ass fashion magazine, Natalia Borecka’s story is an inspiring one and will definitely light a fire under your ass to get started. This girl did not have everything handed to her but she was able to fight adversity and people telling her no to run an international source of inspo for strong women, and those still finding their way. I am a Lone Wolf to tell my story here. 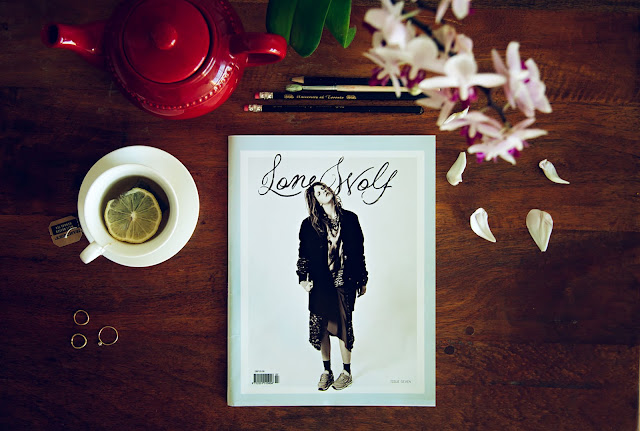 Tell me about what you are doing now?

Right now I’m putting together the bones of the next issue of Lone Wolf Magazine, and so I’m hunting for inspiration. That means reading a lot of random books, spending quiet time absorbing art and just waiting for an idea to blossom. At least, that’s the pretty answer. The not so pretty answer is that I’m spending 4 hours a day on emails, interviewing interns, handling local distribution, casting talent for the next issue as well as taking care of the boring administrative stuff. 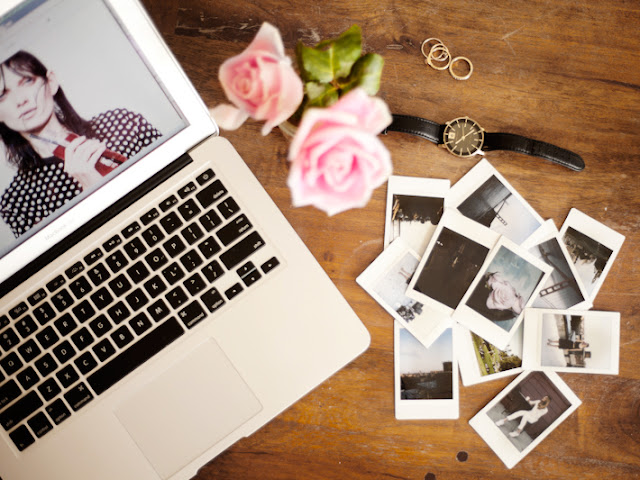 How did you get started?

I’ve literally wanted to be a publisher and photographer since I was ten years old. It’s who I am. But it took me a long time to end up on the right career path because I doubted that I could make a career out of this. I went to university, then enrolled in Law School even though I knew deep down that it wasn’t what I really wanted. Luckily the things I was passionate about shouted at me so loud that I couldn’t ignore them. I worked as a fashion photographer on the side, and lived and breathed media. After a while, I just had to take a chance, so I dropped out of Law School and launched Lone Wolf. If I could travel back in time I would definitely tell my younger self to worry less and trust myself more.

What made you begin? / what inspired you to start on this journey?

The turning point for me came when I realized that there was a huge disconnect between the fashion magazines on the newsstands and the women that were actually reading them. These incredibly intelligent, talented women could not care less about your 300 ways to wear magenta or 600 ways to give great head. And that’s all I was seeing on the newsstands. In some ways, I feel like fashion magazines treat their readers as if they were female caricatures instead of the incredible self-realized women they really are. They don’t need to be told how to dress or what to eat, they’re just looking to be inspired and motivated. The fact that women love fashion does not mean that they want to consume fashion content in a shallow, one-dimensional way. It was the epiphany that helped me launch Lone Wolf. The magazine really strives to balance the playing field and offer a positive voice in an industry that’s known to make women feel bad about themselves. I wanted to offer a beautiful and approachable solution to empowering and educating girls.

What keeps you going?

My goal in life is to realize my full potential as a human being. I want to die knowing that I did my best, that I did all I could to reach my goals and that I helped some people become better versions of themselves along the way.

How do you stay motivated?

I’m highly negatively motivated, which means the more anyone tells me that I can’t do something, the more I’m compelled to prove them wrong. And luckily (or unluckily?) I’ve had a lot of people in my life not believe in me. I’ve been told I wasn’t assertive enough, intelligent enough, skilled enough, that I was too poor, too much of an immigrant, too nice, you name it. And every one of these was like kindle to a fire. It’s really amazing how negative people can be about your dreams. I don’t think the majority of people do it to be malicious, they just really can’t see the possibilities. In fact, I feel a lot of my well-meaning haters thought they were protecting me from disappointment.

3 things that someone who wants to be a successful photographer and magazine founder should keep at top of mind:

1. Redefine what hard work means to you. Push yourself so hard that, just for a moment, your goals take priority over everything else. To achieve excellence in anything takes a great deal of sacrifice and perseverance, and if you’re serious about pushing your dreams out of your head and into reality, you’re going to need to forgo sleep, and “girls nights” for a while.

2. Surround yourself with the kind of people you want to be like. Gravitate towards people that will make you want to improve yourself and steer clear of negative energy.

3. Believe in yourself. As trite as that sounds, it’s not something to take lightly because there will be times when you will be the only person who believes in you. It takes a long time to get an indie magazine off the ground. If you’re not good enough, know that you will get good enough with time. If you’re not as successful as you hoped at this moment, know that with the time you can make yourself successful, even if it means changing gears a bit. You can figure it out.

What were you doing before you started with Lone Wolf and Cub?

So many things – I was painting, writing poetry, working as a photographer, studying to become an English professor, dreaming of becoming a novelist, enrolling in law school, hoping to make a difference, starting my own business, and making a ton of mistakes along the way.

What are some struggles that made it difficult to get from that to this?

I hardly know where to begin! I was born in rural Poland during a communist dictatorship, so let’s start there. My parents and I eventually left Poland by car and moved to Austria where we got refugee status. We slummed it in Vienna for a while until immigrating to Canada. We were extremely poor and having left our whole family behind in Poland, we had no support system. It was a strange way to grow up, and it’s very difficult to describe to anyone who hasn’t lived through it. There are so many things people take for granted.

Poverty is not just a socioeconomic status, it is a state of mind. I come from a world where people don’t really “make it” in the way you or I understand that term. You feel that you are so far from the stars that you stop looking up at the sky altogether. It was one of the biggest obstacles I had to overcome, this idea that just having a dream was frivolous, and convincing myself that where you came from didn’t matter as long as you had the will power to rise above it. I started off with nothing and somehow managed to build an awesome life for myself from fairy dust and unicorn tears.

Tell us about a point in your life when you didn’t ever think you would make it? / what was your turn-around point?

There were many low points, but perhaps my lowest came right before I launched Lone Wolf. It was a really bad time for me both personally and professionally, as I had to suddenly leave my home for many years and move back to Toronto. In the wake of this, I left behind all my clients and essentially had to start my career over. What followed was a long state of limbo, I wasn’t sure where I was heading, or how I would get there. It got bleak for a while until I realized that limbo was the perfect state in which to take a risk and launch my magazine. Without really realizing it, I had been waiting for exactly such a moment. The idea fell like a hammer from the sky, it was very intense and I became completely consumed by it. In a way, it was exactly what I needed to hold me together at an uncertain time.

Who told you no?

When I first told people about Lone Wolf, the prevailing attitude was either “print is dead” or “everyone and their grandmother is launching a fashion magazine.” Very few people thought it was a good idea. The market was saturated, and no one seemed to have faith in the medium anymore. I couldn’t blame them, there is a lot of noise and redundancy out there. But it was really frustrating, especially at the very beginning when the only thing you have to sell your idea is its potential. At the end of the day, the fact that I had faith in the idea was all that mattered.

Did you always have a dream to become what you are now?

Absolutely! I’m literally living the life of my dreams, and I’m very proud and grateful to be able to say that because I had to climb mountains and fight dragons to get here. When I look back on my
journey. I feel like Bilbo freak in Baggins!

What was your no means yes moment?

I can’t tell you how at home I feel at that moment you describe. I honestly can’t answer this question because I live it daily.

how to be a writer, lone wolf, natalia borecka, start a fashion magazine, writer