How To Create A Youtube Channel with a Limited Budget

Beauty Mogul Michelle Phan built a $500 million dollar beauty empire after she filmed a makeup tutorial on her laptop and posted it on her Youtube channel, nine years ago.

Many of us have heard similar stories of content creators building profitable brands off of videos that were filmed with low resolution or bad audio.

And while this worked for many that started during Youtube’s earlier days, now more than ever, it’s important that each and every video you create for your creative business, is not just full of valuable content but also high in quality production.

But to achieve that high quality production, do you have to shell out thousands of dollars?

The incredible thing about Youtube is that when you create a youtube channel, you don’t have to spend $5,000 for it to become successful. In fact, I would encourage you not to.

How To Create A Youtube Channel with A Limited Budget.

As mentioned in a previous post, most people struggle to commit to Youtube. And while I think it is an absolute necessity to add to your creative business, you will first want to make sure that Youtube is something that will work for you.

You don’t want to spend $1500 on a camera, then discover after a week that you hate filming videos.

While yes, when you first start making videos, you can expect to some degree that the first few times you attempt to film a video, you may not like it as you struggle to get over the learning curve and develop a schedule and tempo that works for you. However, once you get in the groove of things, you will find yourself recording 2-4 videos in one day!

That is usually what happens when you stick with it and really give Youtube a chance.

However, for some people, they end up finding out that they absolutely hate everything about video. Most electronic devices have a 14 day return window, and it will probably take you at least a month (or 6-7 videos) before you develop a system that works for you and start getting comfortable. But in the case that you become one of those people that can’t stand it, you don’t want to be out $5K dollars.

Another reason why you don’t need to spend a ton of money upfront when you create a youtube channel, is simply because Youtube is very intimate. People subscribe to Influencers on Youtube because they identify with their personality not their video resolution.

While you will want to make sure your audio is great and your videos are at minimum in 720p or 1080p resolution, you don’t want your videos to look like something you would see in a movie theater. Why? Because extremely high quality videos don’t feel as personal and people don’t seem to respond well to that.

The standard setup on Youtube actually involves a mid-range camera starting at just $500. And if you get one used or on sale, you can probably get it for as low as $300.

HOW TO CREATE A YOUTUBE CHANNEL WITH A LIMITED BUDGET

What is the best camera to buy when you want to create a Youtube channel?

This helps you make sure that you know that you’re always in shot, and that your environment is clutter free. This prevents you from having to re-record your video because you left a pile of laundry on the couch. It’s also a great money saver because now you don’t have to go out and purchase a monitor to see yourself on a live feed.

The only downfall with having an LCD screen or monitor for feedback is that sometimes it really freaks even the most confident personout. I know when I first started, it took over three hours once I stepped in front of the camera to actually press record because I noticed areas of my face where my foundation was uneven, lipstick crooked, blush too pink and etc. While an LCD screen can be an excellent way to help speed up the filming process, it can also be your kryptonite if you can’t get over how you look on camera.

PICKING OUT THE PERFECT CAMERA.

There are two things you will want to look for when purchasing a camera. First, how well does it perform in low lighting. Second, how good is the built in audio?

The better your camera performs in low lighting, the less you will need to make upfront investments inexpensive camera lenses and lighting gear especially if you live in an area where it is cloudy or by a ton of trees.

The Sony A6000 Is a very popular camera that many people use on both Instagram and Youtube. It’s especially popular on Instagram and known as the ultimate selfie camera, and it has good sound, a decent lens and exposure compensation to help with low-light.

(Note: When buying any Canon it is crucial that you consider what external audio you will be using with your camera as Canon’s are notorious for having unusable audio. The above link contains a starter pack with an actual microphone to help you avoid this)

I’d recommend to personally start with the Canon T5i or the Nikon D3000. While at this price range, Nikon performs better in low lighting, the Canon T5i is an excellent camera to start with if you can afford to add some basic lighting to your setup in which we will discuss a bit later in this post. Also with the Canon, not only does it come with an LCD screen, you can also connect your camera to your laptop to have a live feed of yourself while you record (*cough cough* Your laptop is a FREE monitor).

The reason I suggest the Canon and Nikon over the Sony A6000 is because both perform better in low lighting than the Sony and they’re both packed with enough features and tools that will be suffice for your first few years of business.

For those new to videography, you’re probably used to hearing people talk a lot about Megapixels when it comes to picking out a camera but really, this is exclusive to photography. When it comes to video, you will want to look for resolution instead. Most cameras nowadays record at minimum 1080p (even the $159 point and shoot ones) so this has pretty much become the standard. 720p is the minimum resolution you will want to record your videos but ideally, the best resolution would be 1080p/1080i or higher (2k, 4k, etc).

The best lighting is free. It’s called natural lighting. But if you are unable to film during the day or will film in an area that doesn’t get much light, you will want to invest into a basic lighting setup.

The standard setup for lighting on Youtube consists of a ring light and two fill lights. This entire setup you can get for $200 or less. 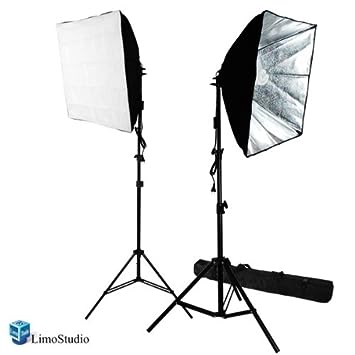 If you can’t afford both, I’d suggest just starting off with a ring light. This popular, stylized lighting gets rid of ugly shadows, unappealing reflections and seriously just make the majority of us look like Beyonce. Plus, it’s one powerful lighting tool you can pretty much take everywhere.

The best lighting is natural lighting. Use a ringlight to give your videos a nice professional pop. || My personal setup.

My personal setup involves filming in front of two large windows in my master bedroom and a ring light just to soften the shadows and give my videos a professional look.

And voila! Here is what it looks like. Camera: Canon T3i

I’ve found that when filming in a dark room with lower-end lighting equipment, my videos tend to look muddy with all of the lights. I prefer as much natural lighting as possible.

The last two most important things are your audio and your set (aka background).

Audio is the most important element of your video–more so than quality–and no I am not talking about music to lay underneath your vocals. If your audio is bad, people won’t watch. That means if you have a noisy fan running or your camera audio sounds like an old busted radio, people will click off fast. In fact, people would rather watch a bad quality video than listen to horrible audio. If your camera audio is not good, consider using voiceovers with your iPhone or buy a basic mic setup.

And now let’s talk about the fun part, designing your set. Some people like to use colored backgrounds, others like to sit in front of a desk or vanity. Whatever your set is, my biggest suggestion is to look at other Youtuber’s sets and more importantly, keep it simple.

Many people get caught up in not having the most glamorous filming space, they never turn over a video. There are so many things you can do to spruce up your scenery with just $20 at Hobby Lobby.

The most important part of all of this, is that you understand that people click your video to watch you. You can have all the coolest gear, but the success of your channel really depends on your ability to be consistent and show up with a lively personality and good content.

Natasha Solae is the Founder of GirlCEO, the only network dedicated to helping women build massively successful empires using video marketing, the Internet's most powerful secret. Check out her FREE course for female entrepreneurs looking to Get Started on Youtube » How to Get Paid to Be Yourself.