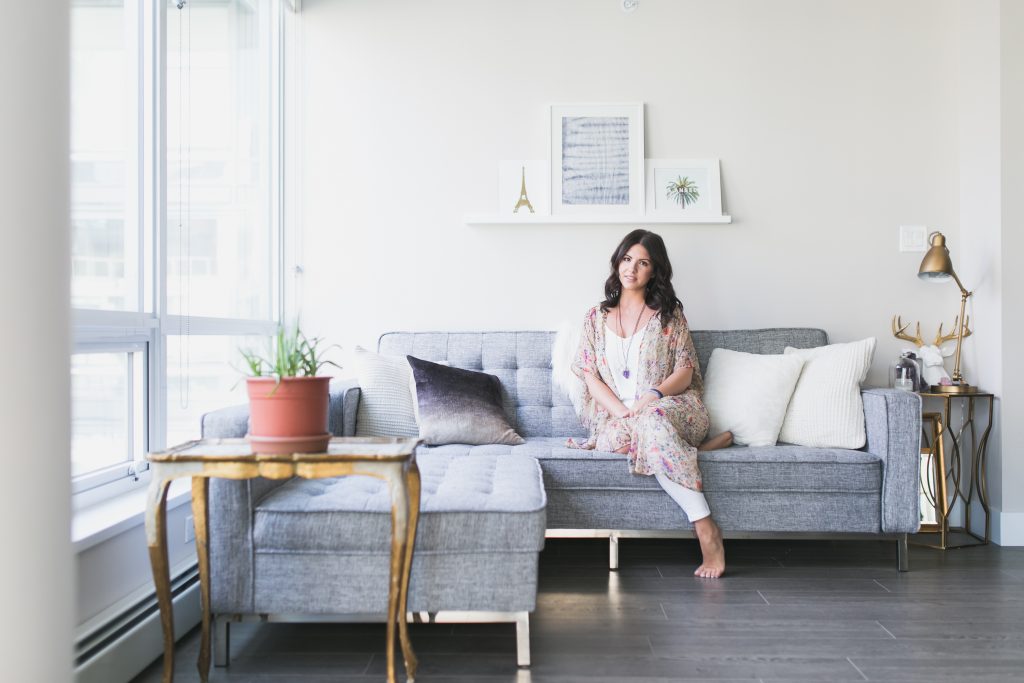 Nothing saddens me more than a woman making a ton of excuses for not being where she wants to be in life. I was fully that woman until about 2 years ago and it was a mess of blame, drama, and not owning up to my own sh*t. I was in a funk and it was time to take action.

Now that I’m 30 (wow, it’s the first time I’ve typed that and it feels funny), I know that women can seriously do anything they dream up, no matter how big, glitzy, inspiring and lofty their desires may seem.

That being said, when you’re in a rut, you don’t see things that way.

I’m reading a book called “Thrive” by Arianna Huffington, and am fully obsessed. She said something that totally shifted my perception on how to keep pushing when you’re in a bad mood and rockin’ some unshakable negative vibes.

She recited a quote that her mother told her, “Just change the channel. You are in control of the clicker. Don’t replay the bad, scary movie.”

Boom. You can change your thoughts and your perception.

Instead of thinking “poor me,” start to think “Lucky me!” There is always a way to spin a negative into a positive, watch me.

“I’m so happy I don’t have as many clients this week because I have more time to read,” or, “I’m so pumped that my boss is such a jerk because he’s made me realize that I totally want my own business! Woohoo! Go me!”.

Where can you find a silver lining to focus on? What’s tripping you up and making you feel like you have to make excuses for yourself? 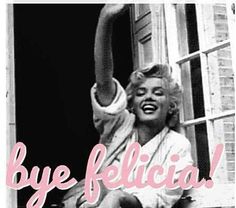 repeat? Are you constantly complaining about being broke, hating your job or not having enough clients?

One of my fav Mark Train quotes is “I’ve had a lot of worries in my life, most of which never happened,” because if you keep looking at the negative you’re inviting drama in that isn’t even there! It’s time to say “Bye Felicia,” to said drama.

Stop blaming other people for your own sh*t-uation

Even worse than self loathing, in what areas of your life are you blaming others?

“I hate my life because my boss is the worst,” “My business isn’t successful because no one is helping me.”

It’s time to take responsibility and TAKE ACTION, without looking at who’s wronged you and making it about them. It’s about YOU, so always look at yourself first!

The best way to shake this dirty habit of blame, is to stop judging, period. On a scale of 1-10, how judgment would you say you are? Let’s try to scale that back to a 2, honey.

In “The Universe has Your Back” by Gabby Bernstein, she suggests looking at people as if it’s the first time you’ve seen them. This allows you to show compassion and see the good in everyone, including yourself.

It’s way easier to change the channel on your foul mood when you love yourself and the people around you! Understand your desires 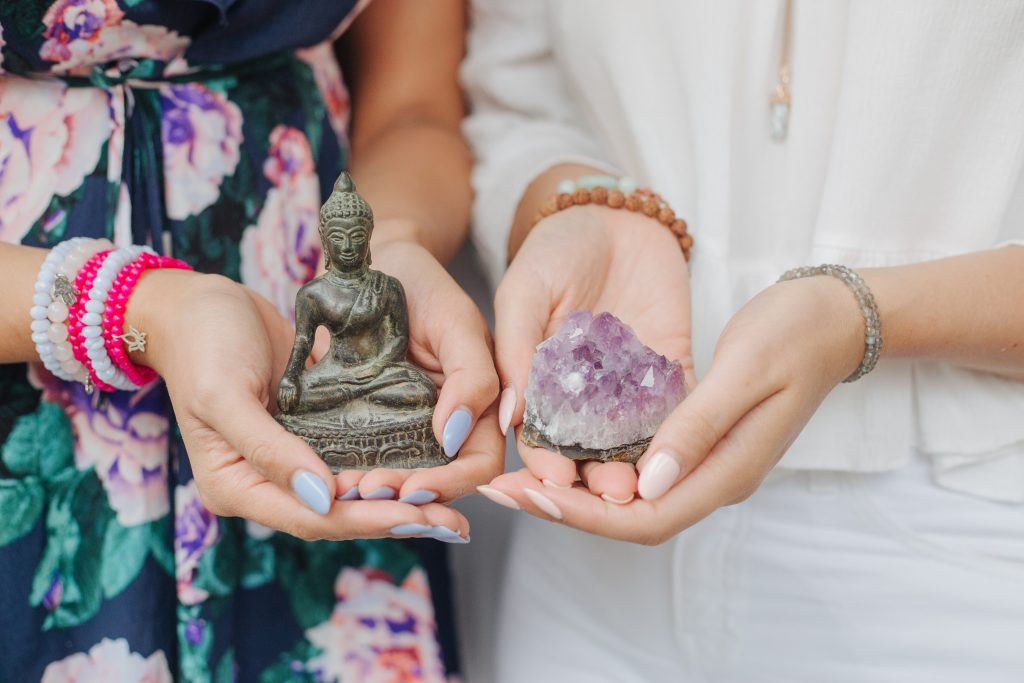 Self-loathing comes from a deep place of dissatisfaction.

Once you’re dead honest with yourself about where the drama is coming from you can actually take steps in your own life to make changes and see what you ACTUALLY want. The more clear you are, the easier it is to manifest!

Are you self-loathing that you’re stuck in your 9-5 job, blaming your boss when you could be realizing that your true dissatisfaction is that you aren’t taking action with your own business?

Get clear on the root of the issue and start to make moves!

Having trouble getting clear? Check out my recent post about “How to Meditate Your Way to a Successful Empire.”

It’s your responsibility to change your situation.

I have spoken to a lot of women that are ready to do big things in 2017. Some of them blamed their circumstances for not moving forwards, and others knew that the only answer to shaking off the drama and living a first-class life is to get out of your own way. 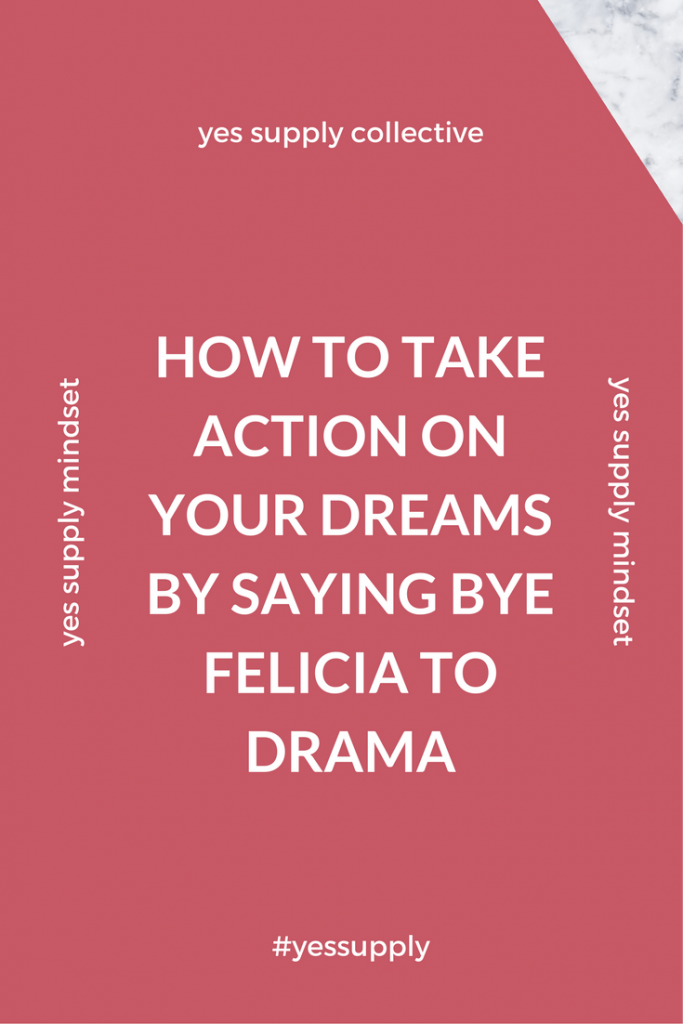 I encourage you to create an action plan! Your first step is to look at where you’re complaining and inviting in more drama. Once you have that pushed out of the way, get super clear on what you want.

Now that you’re totally into it, start outlining the steps you need to get there and schedule them into your calendar and BOOM! With all of the drama out of the way you can REALLY take action on your dreams. YOU HAVE SO GOT THIS!

Amber-Lee Schneider is the founder of Humblelifestyle.com where she is a Lifestyle + Business Coach and Chakra + Modern Meditation Expert. She supports new entrepreneurs who feel like they aren't living up to their true potential to instead balance their energies to create a thriving business so that they can feel confident, have that first class lifestyle and live day In and day out in their purpose. Amber-Lee's mission is to spread chakra-love and meditation techniques to the modern entrepreneur so everyone can build their empire while being #GlamAndGrounded!